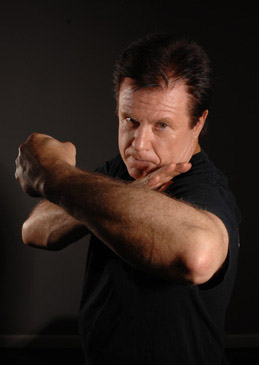 Tony Racciatti is the Krav Maga Head Instructor at the Krav Maga NJ in Ramsey, NJ. He began Krav Maga training in 1995, and then continued training in Israel. Tony completed the instructor’s certification course in the year 2000, under the tutelage of Haim Zut.

Tony has been featured in the popular firstathlete.com website, as well as appeared on FOX News. He has taught members of Homeland Security and federal law enforcement agencies such as the FBI, ICE, and DEA. He has worked as private security for the HBO television series, The Sopranos. In addition, he has given several seminars including self-defense for airline personnel and nightclub security teams.

He enjoys teaching people from all walks of life and begun holding teen classes. Tony Racciatti is also a professional musician and a graduate of Berklee College of Music.